When we started Kiupe, we wanted to make games that help kids learn. That was more a conviction at the time, but now we have read more about it, we know we were in the good direction.

The topic is quite complex because we are dealing with didactic, neuroscience or psychology. In this article we want to approach a critical point in learning: engagement. 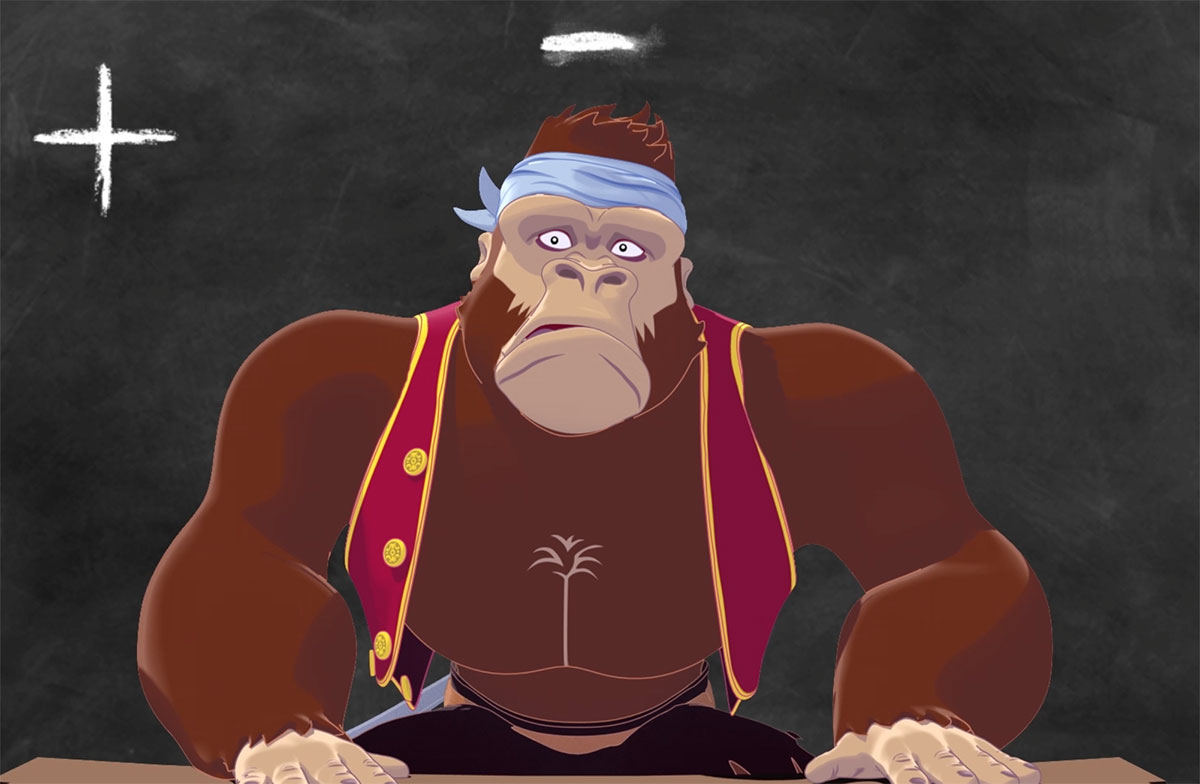 The need for intrinsic motivation

During a conference in 2015 André Tricot was talking about some research works in the field of learning including those of David C. Geary, a cognitive psychologist. According to Geary, there are 2 kinds of knowledge : primary knowledge (like knowing someone’s face, or learning to talk) which we learn without thinking and do not need any motivation, and secondary knowledge that need a conscious effort and an often long practice.
In our case, learning mathematics needs a high level of motivation.

So we can ask ourselves if the elements that drive primary knowledge acquisition, such as immersion, exploration, game… can be used when learning secondary ones.

You probably see where we are going to 🙂 .

In this article about intrinsic motivation and video games, Jordan Shapiro talks about what really matters for him: contextualization.

And we have in video games many elementary principles that can drive engagement such as exploration and discovery, obstacles to break through, collaboration and competition. In this article, we will focus on the ability of video games to contextualize abstract knowledge.

We can therefore say that this ability of video games to contextualize and make sense in learning is a major vector of engagement. Combined with the feedbacks a game can generate, we have an incredible tool for learning knowledge and skills.

And this is what we have been trying to achieve with Math Mathews. 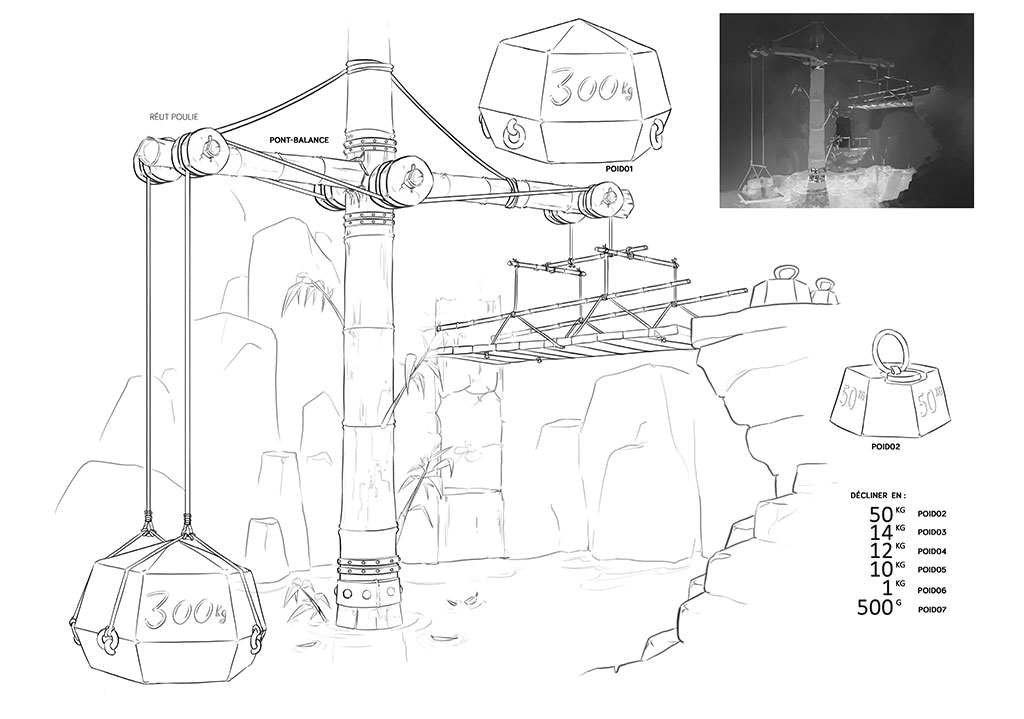 Pirates launching an attack on mathematics

Pirates, magic, adventure, rivals collaborating despite their disagreements, and mysteries. All of these to create favourable conditions for learning mathematics.

The main story of the Math Mathews universe can be found in all the media : Mathews and Buck, 2 famous rivals in piracy, have been turned into an octopus and a gorilla by a terrible curse. After confronting each other (in the first game) they realize they must collaborate to get their human appearance back.

This is how all the media can be placed on a timeline: 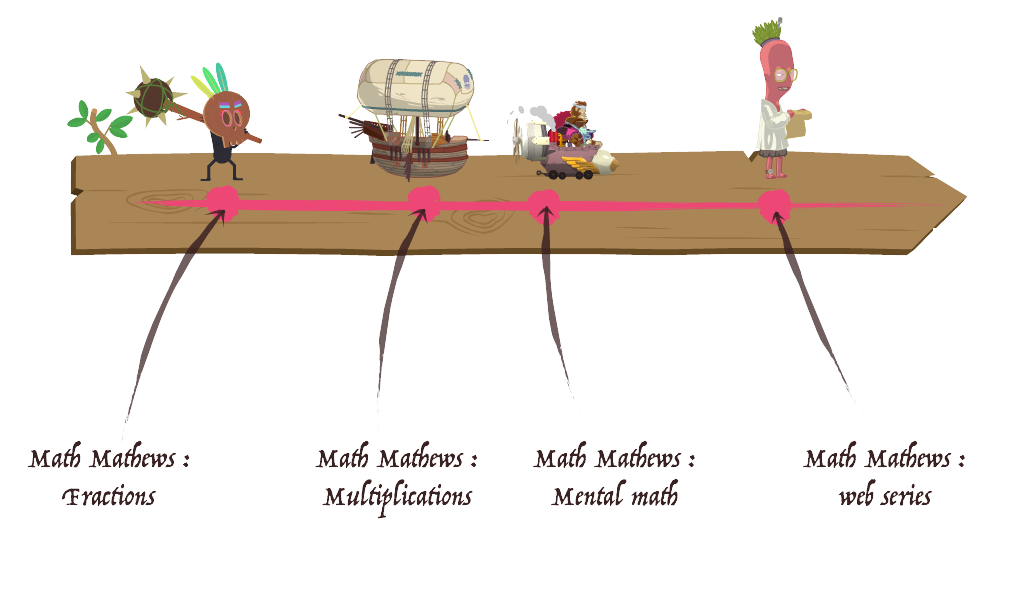 Let’s talk about Math Mathews : Multiplications. This is the first game we made 4 years ago. We came with this simple idea that in order to memorize multiplication tables, you had to repeat them over and over. How could we do it ? 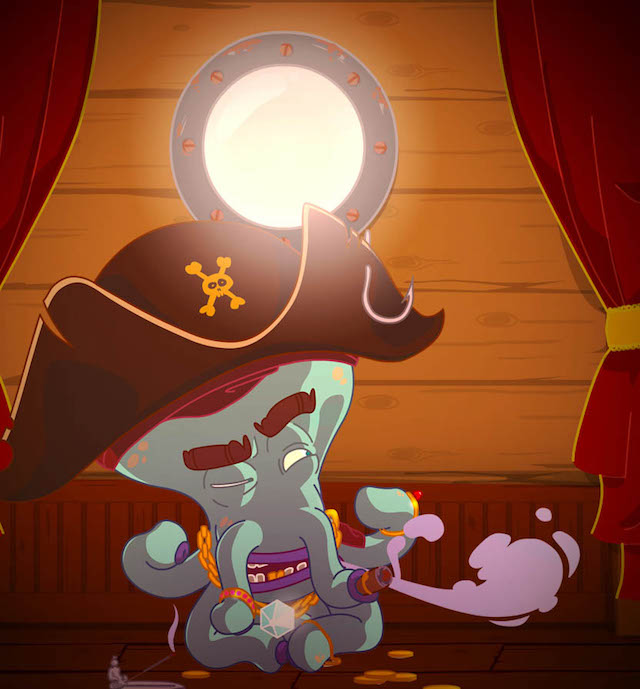 We have simply created situations with our characters so that kids can dive into an adventure, and not an exercise: a race on water where you have avoid crates, a chase with galions and canons, and an escape from an overflowing lava pool.

We have worked with speech therapists whose logico-mathematical knowledge has been really useful to build a game design helping kids to understand the meaning of multiplications.

In the end, this game was a nice success for us and is still downloaded in a lot of schools, especially in the US. 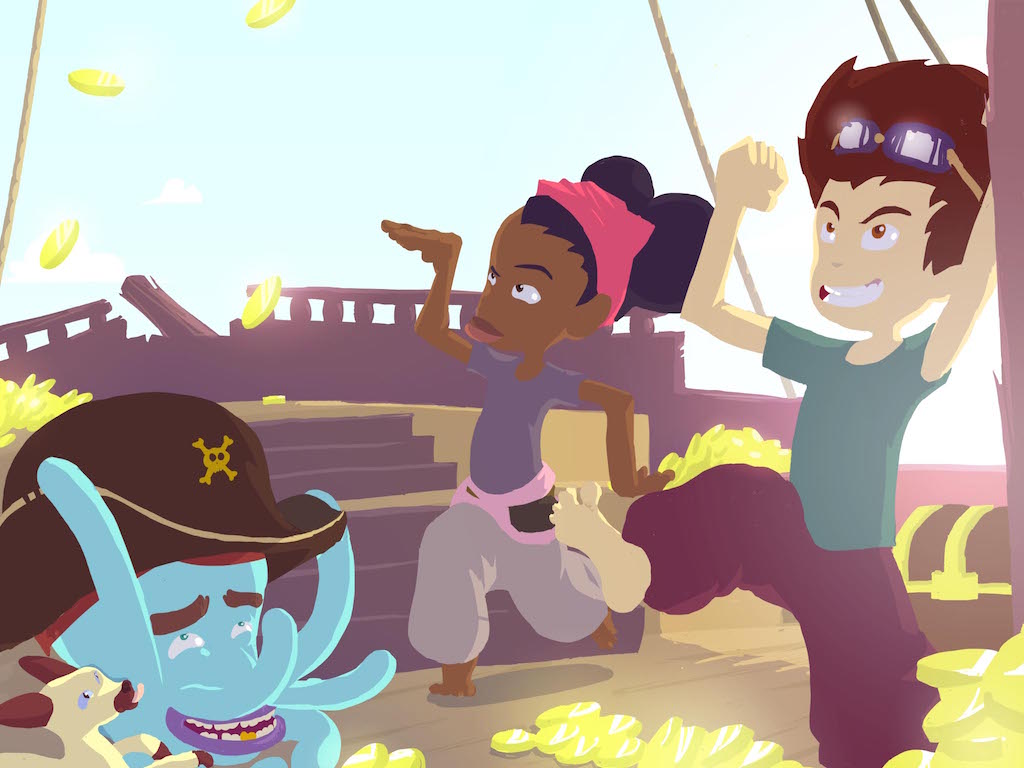 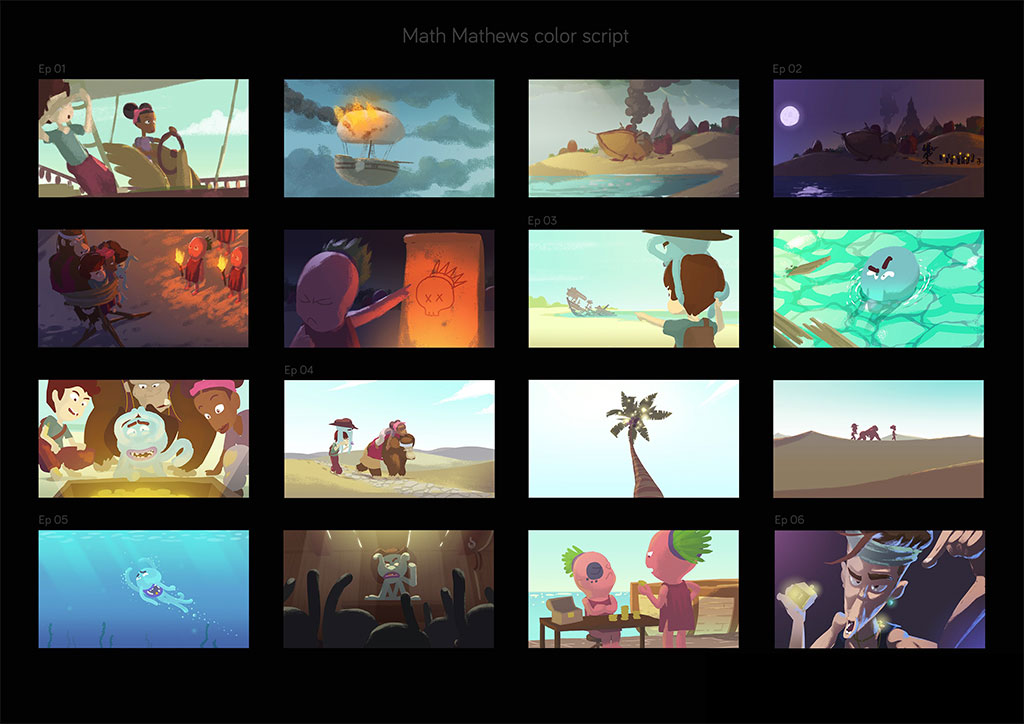 We had the chance of producing this animated series with our friends at Big Company, for a French broadcaster (France TV Education). Even if there is no interactivity, we have made the same work on contextualization.

We have picked in the Common Core 20 math concepts, from grade 1 to grade 4. For each of them (e.g. “2.MD.B Relate addition and subtraction to length”) we have created a situation that illustrates the concept, and spread them over the 20 episodes of the story. And it was a big challenge to keep the scenario full of adventure and fun. Because in the end, kids will not watch it if it’s not cool!

The episodes are still in production and should be finished by the end of the year !

A prequel for the future 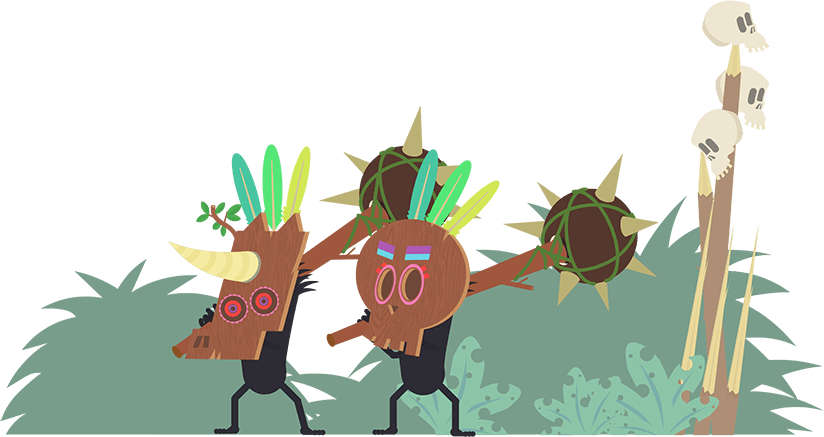 We are currently working on a new game: Math Mathews Fractions.

Mathews and Buck are still human, and big rivals still competing to find the treasure of the goddess Sylla (which will lead them to their doom). In the game you play as Captain Mathews and help him explore an island full of obstacles and hostile creatures.

This time we have worked with the cognitive science experts and didactic experts from the University of Lyon. Thus, the puzzles we have designed for this game are based upon academic knowledge on how to learn fractions.
But we will review this in detail in a future article.

We hope you will discover this very soon, so stay tuned !