We were also inaugurating a new format as this workshop was to last over three sesions with the class.
The teacher also had to convince the parents and show the pedagogical objectives we were aiming at : the kids to discover how a video game studio works and more specifically the game design step.

We had to work on a game concept advanced enough that pupils could be presented ideas, designs, game options, etc. but still open so that we would avoid biases or framing kids’ ideas in our own.

With this being said, here we are, in the bus to meet our grade 2 students…

We come with a handful of ideas, concepts, topics, etc. Way too much eventually!
After a general introduction on video games, our jobs, and their favorite games we then had to refocus the workshop on design a new video game…rather than playing on the playstation 🙂 . We were going to work a lot on paper 📝 as we do in a studio (ʘ‿ʘ)╯!

A first concept developed over 5 slides and pictures and plenty of questions for them to express their ideas, impressions and inspirations.

Then, organised in smaller groups, our young designers prepared a short storyboard to present a gameplay situation to the rest of the class, with the help of a set of cards we had prepared for this part of the workshop.

Codesign with kids is so cool… Oh wait!

With a heavy schedule it proved to be difficult to maintain kids attention especially as maybe we offered to much of liberty for them to converge on a specific idea leading to lots of arguments as at 7 years of age lots of things are emotional and the art of compromise has is still very new.

Our yet-limited-to-70-cards support set was a forenotice… (⊙＿⊙’). Another room for improvement could be the number of adults to animate such a session (3 adults for 26 kids this time).

Alright, that was for learnings of session 1. We were already eager to come back for session 2! 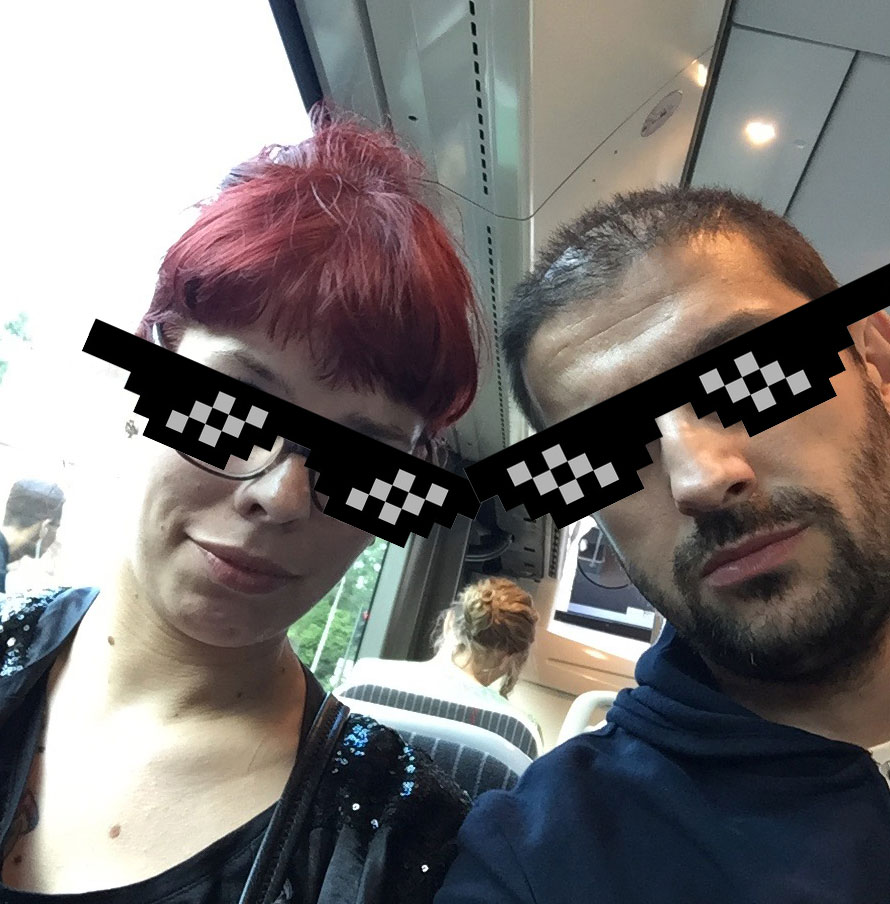 New setup : no small-group activities and much more guidance into what we were to achieve.

We started where we left just to make sure that they knew what we were to achieve together… We understood they thought we had no idea at all and that they were to define all the design.

All square! Back on track we focused on the game graphics around current concepts and pictures they were familiar with : cars, characters, etc. An opportunity to explain differences between 2 and 3D.

Answers were very open, diverse (and potentially contradictory). Emotions linking some characters to the personal story of each kid or some details (like eyes for cars) appeared to be extremely important.

At this stage we had a surprise : Charlie had reworked the car designs that the pupils made during the 1st session. That was cool!!

Before getting back to creativity we showed them a first interactive prototype with the main functions : the core gameplay. An introduction to more concrete matter in our odyssey towards a complete game!
That is when we asked them to imagine the game interface through stickers representing the main buttons they were to place on a (paper !) tablet. This activity led them to balance the space for the game and for the controls on a finite screen.
That was a perfect introduction to UX design since they really struggled with the limited screen size, and all the controls they wanted to have with the car. 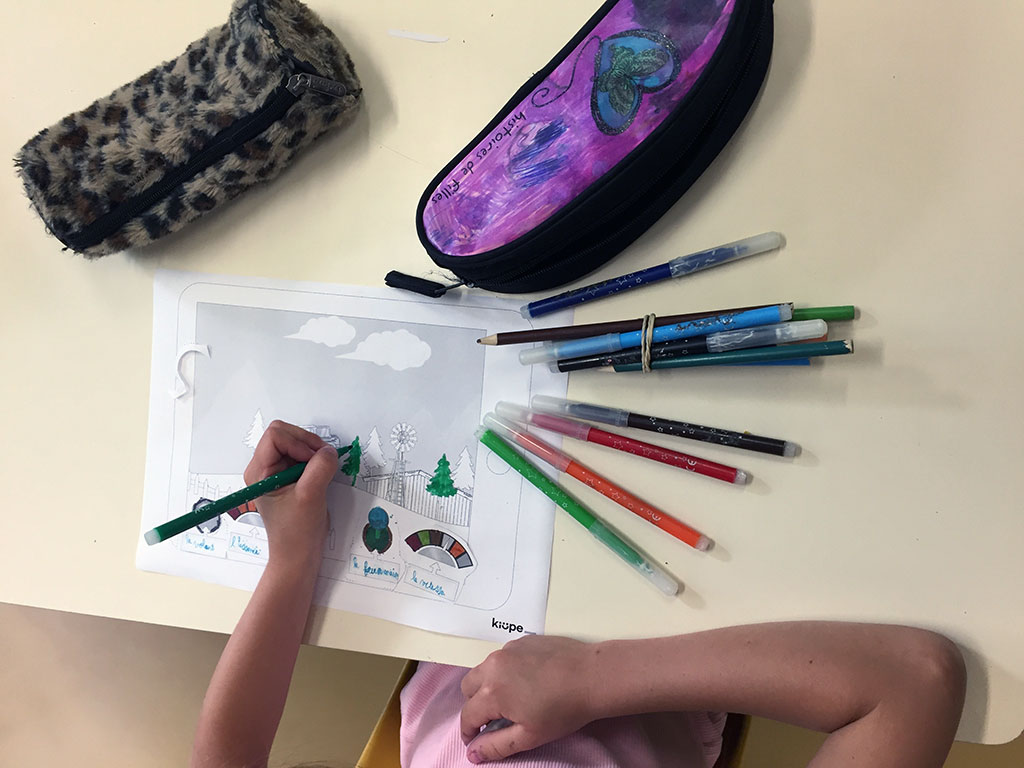 Last but not least, we introduced our own storyboards. Their homework: modify, improve and complete what we had done. En route to the 3rd session !

As the 2nd session went much smoother we came much more confident for the last session, all the more than our prototype looked really nice.

For this one, we wanted to reintroduce a bit of education in the whole process : we were to create a game which could help learning…

Homework was due and we listened to the kids’ ideas and suggestions. Quite some work indeed with sometimes a bit of story to link all aspects or complementary situations while creativity had led others on even more different paths. 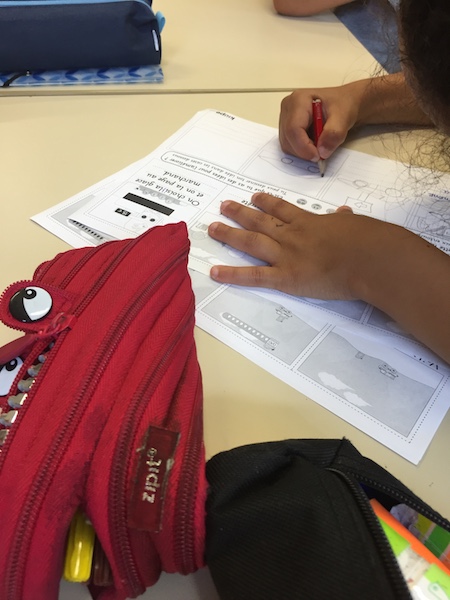 We moved on to prototype testing on proper tablets. UX was rudimentary and they were still quite a few bugs but they jumped in easily and faced our mathematical puzzles with a lot of excitement all the more than they fitted nicely in the game. Kids who completed the game earlier went to help their friend and that was really enjoyable to watch. 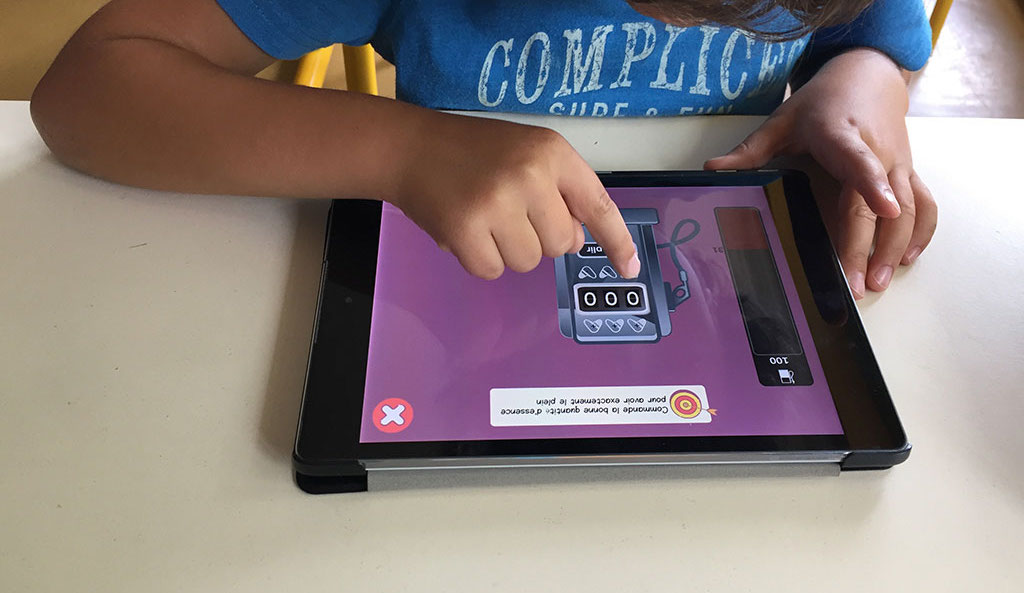 We debriefed all together as a team and apparently the best part were the (weird) bugs (╹ꇴ╹). We talked about the integration of mathematics in the gameplay but that proved eventually to be a bit too much of abstraction to ask 2nd-year pupils.

And that’s when the bell rang; end of the schoolday and of our workshop ☹

What we learned from this codesign workshop

If the process proved complex, we really made progress during these 3 sessions, with lots of observations and learnings for the rest of the production. Above all if we were to remember a few striking insights of working with 7-year olds:

Special Bonus: one of our young game designers came back for session 3 with a notebook full of level mockups for a game he had designed. Lots of inspiration and creativity, here’s an extract of his great work! 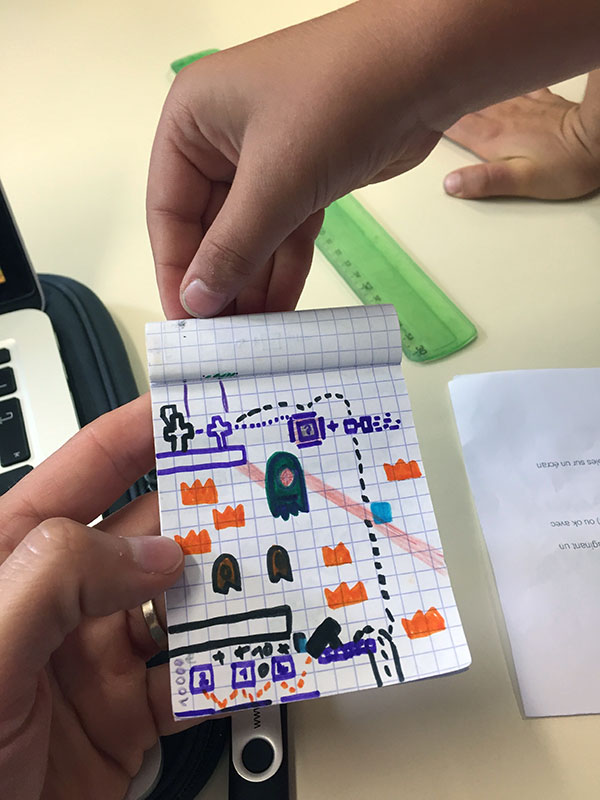 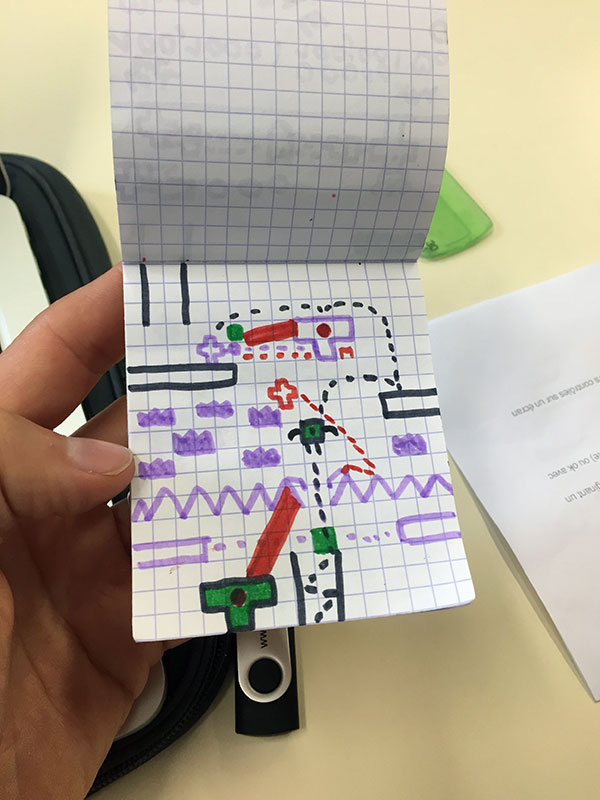