Creating an educative video games studio means setting foot in 2 sectors the public is quite unaware of.

Let’s consider on the first hand the video games sector: creative, independent, exporting, job and wealth generator… and yet struggling to establish itself as a cultural creation and is still subject of many criticism.

On the other hand, the EdTech sector with a myriad of recently created startups, (in France, they are mostly based around Paris), with a strong focus on tech rather than on content. Already a few champions emerging out, and a bit of exaggeration on technical progress, especially in AI.

It’s been five years now that Kiupe has been involved in both environments producing educative video games for students and primary school teachers, mostly in the math learning field.
Belonging to two sectors, we add up difficulties but also open a new ocean which looks definitely blue to us: infinite, full of opportunities and giving us the ability to demonstrate our talents and capacities in a complex (and costly) process.

Beyond the typical videogame production team mixing technical and creative skills (and which is commonly found in other studios: game designer, developer, artist, producer), we had to add the missing profiles and foster a broader, complementary and effective team.

When we started in 2012 on our first multiplication learning videogame, we had the empirical feeling that we needed the support of a scientific board. Five years later, this is a must in any project we launch. As we build a consistent and strong portfolio of educative videogames we leverage the accumulated experience of our board, game after game ensuring we keep the right scientific approach on each game individually and on the collection as a whole.

Naturally, the first board members are primary school teachers! It is relatively easy to spot on social networks precursors who use digital tools in their classroom, adapting existing or even creating their own content! Integrating teachers at the early stages of the projet, for instance through co-design sessions, has proved very inspirational. This requires “cultural” efforts on both sides since Education and video games having each their own jargons.

Then on Math Mathews Fractions, we initiated a collaboration with Marie-Line Gardes, lecturer in didactics applied to mathematics. Marie-Line has worked directly with our senior game designer, leading us to adapt our own approach: our game design becomes the result of the collaboration of two professionals, each in her field of expertise.

Reciprocally, this videogame serves as the basis for a research project led by Institut de Sciences Cognitives (Marie-Line Gardes, Jérôme Prado) and evaluating the effect of our game on the learning in mathematics both for kids suffering and not suffering from dyscalculia.

Naturally, if we create games to assist teachers, those games have to engage kids! Students are implied in our co-design sessions yet none has (to date) applied for a seat at our scientific board. 🙂

Another challenge we face is the lack of background knowledge on video games as a medium among education professionals, especially in France.
Then why not use other expressions like “digital game” or “gamification” enabling to connect positive values to game mechanisms? Well, the concepts remain quite different yet usually superficially distinguished. 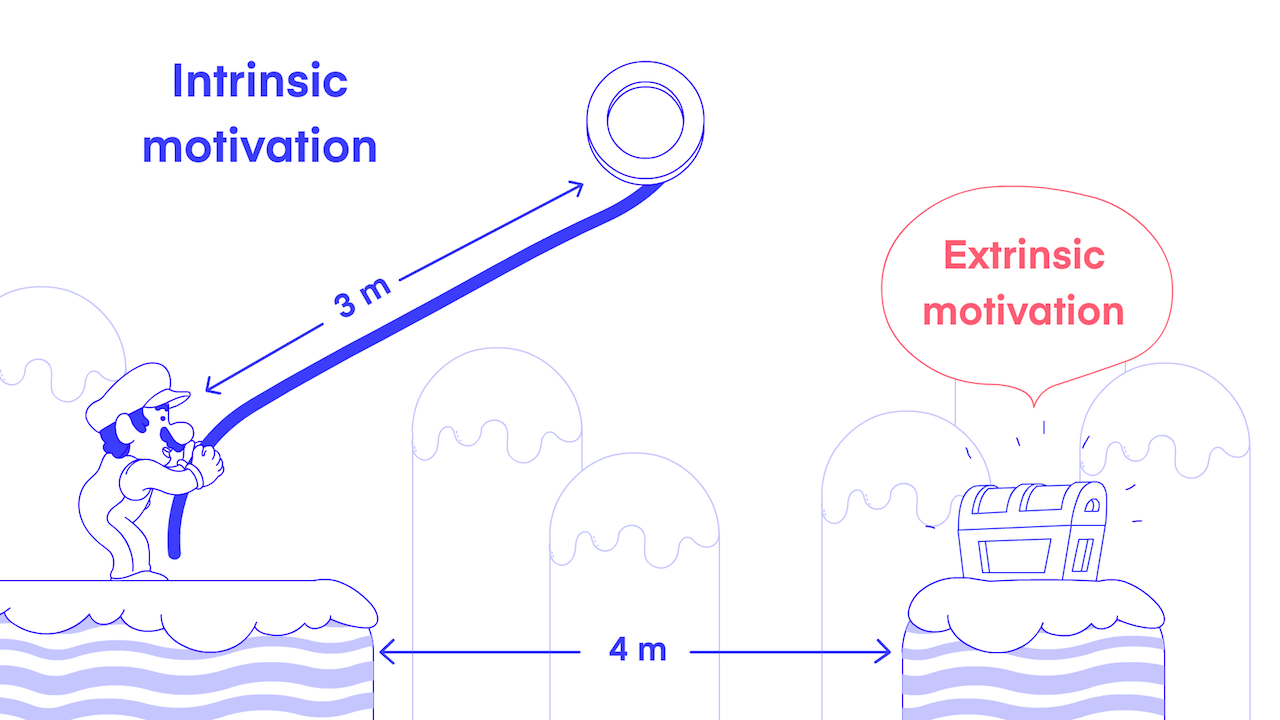 Gamification is defined as the use of gaming mechanics in a non-gaming environment: an arid content can thus better engage its audience through the integration of a scoring system, badges and rewards, etc.
Gamification processes belong to extrinsic motivation, equivalent to “the carrot and stick” method. The player is not motivated by the learning itself but by the reward following the completion of the learning activity: “if I want more stars, I have to answer to the quiz”. It applies well to certain situations but remains quite different from a video game.

Obviously, you don’t need to gasify a video game.
Game designers aim at triggering students’ intrinsic motivation by leveraging the game natural (and quite unique) engaging mechanisms: challenge, curiosity, imagination, collaboration, exploration. Integrating learning within a game makes it endogenous to the whole process with much deeper beneficial impacts than the gamification of an exercise which remains a way to have a student do what she spontaneously doesn’t want to.

When the curriculum and learning objectives are integrated within the structure of a game then gaming is used to learn and not to entertain pupils behind lessons. 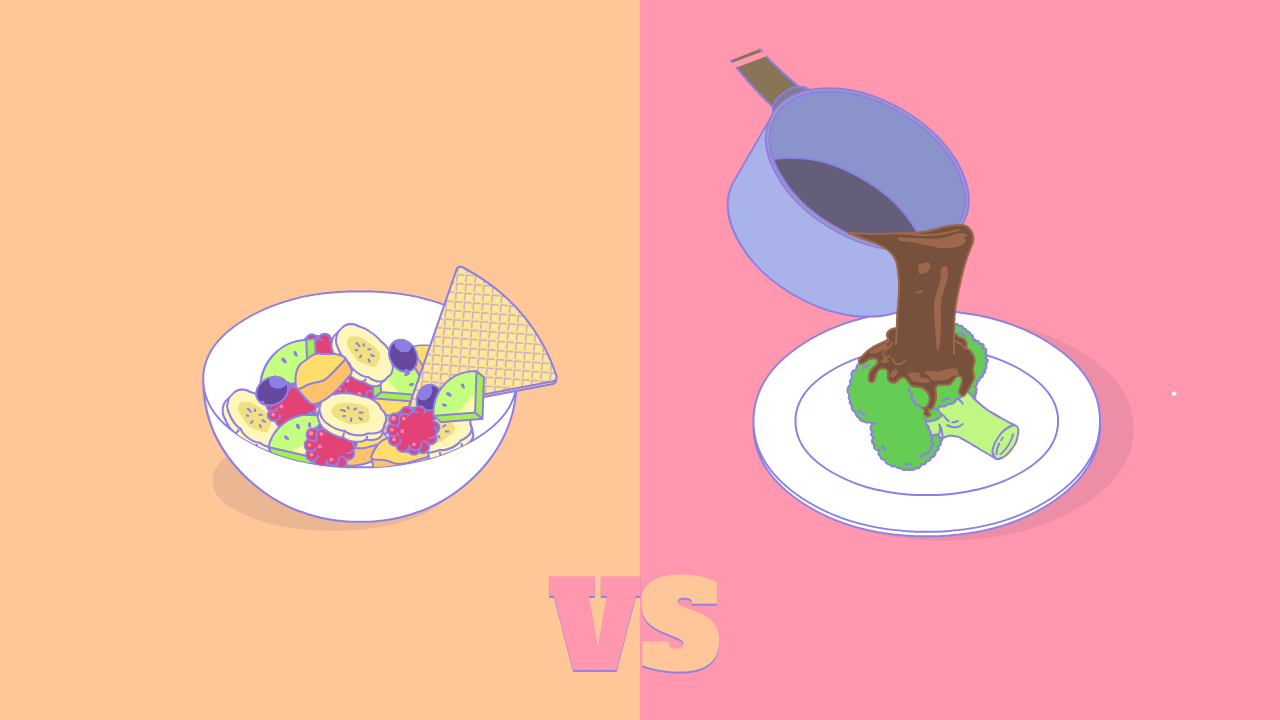 So your math video games, do they actually work?

As I pointed out before, by offering educative video games to be used in class, we face a certain video game prejudice (screen addiction, etc.). Furthermore we are consistently asked questions around another theme:
« Hey, great game, but does it actually work? »
« Does one learn (better) with a videogame? »
ಠ_ಠ

This is key although, arrived more recently, we probably face more skepticism (and have thus to prove more) than other traditional media with sometimes content of little to no actual impact on learning.

Many research projects have already proven the positive impact of videogames, even not educative, on several aspects of our behaviours (e.g. Daphné Bavalier or James Paul Gee – “What video games have to teach us about learning and literacy”).

In our specific field, we take on this challenge through experimentation in a scientific and rigorous approach also enabled by our collaboration with researchers and scientists.
These evidence are still to be gathered and analyzed as we still are at the beginning of our journey, with this research program to evaluate the impact of the use of our games on kids learning capacities (see above, Institut des Sciences Cognitives, Math Mathews Fractions).

We can’t see ourselves moving forward without the constant effort of strengthening the implication of our scientific board, and testing and experimenting in class our applications and games. We are proud to have the support of Académie de Poitiers enabling us to have access to a testing panel large enough for us to prove the positive impact of our work.

Building new bridges between ecosystems (videogames, education, sciences) which rely on different models, responsibilities and time scales makes new game projects difficult to fund, all the more if funding sources are different and obey to independent constraints.
Projects take longer to fund and to develop.

For instance we have had to develop five different prototypes for Math Mathews Fractions !
\_(ツ)_/¯!

In a nutshell, the project has first been launched by our team in the summer of 2015. Fortunately we were soon granted a subsidy “Edu Up” from the French Ministry of Education.

The collaboration with Marie-Line started in the summer of 2016 leading us to get rid of about half of what we had already done to follow her recommendation. The game was eventually published in the fall 2017. Only then started the research project itself, with experimentations in the classroom on the impact of our games.

These ambitious projects, benefiting from numerous competencies have to be considered on the longer term. Since 2012, the Edtech sector has much evolved and there is now a tangible worldwide interest for “game-based learning”, yet one has to admit France has been moving slower than others on these topics. Yet the appetite of the whole gaming ecosystem seems to having raised over the last couple of months, fueling our optimism and determination.