For this new session of Blend Kids, the digital and creative event for kids that took place on october 26th and 27th, we came up with a new format: a game jam for kids that goes along with the game jam for grown-ups. The subject was : robots in space.

For 2 days, these 8 and 9 years old kids have made their own video game, and the basics of design, art and coding.

The event is organised by 3 persons : Amélie Cordier from Hoomano, our scratch specialist (and by the way an expert in AI), Vanessa and Utku from Kiupe.
We have also been helped by 5 volunteers who became the captain of each team, helping kids to achieve their goal.
We also had a wonderful jury with Julien Villedieu, director of the french video game syndicate, Denis Ferrier, business developper at Namco Bandai, and Maxime Empereur, level designer at Ubisoft.

Let’s go for the game jam!

Everything starts by a design session on paper. Many ideas and disagreements but in the end, each team can get to a compromise and have a game concept to work on. 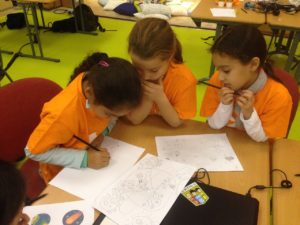 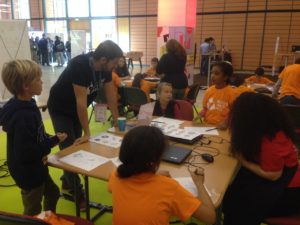 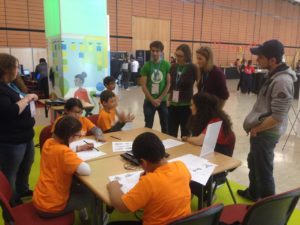 Kids then work on the tools that are going to help them make their game :
First, a tablet, provided by ISKN, our partner on the event, that allows kids to create the graphic assets of their game very intuitively by drawing directly on paper. 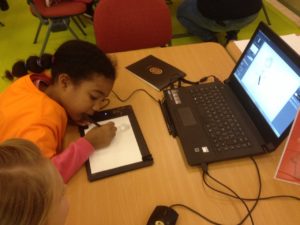 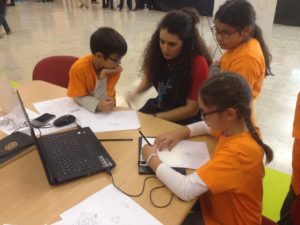 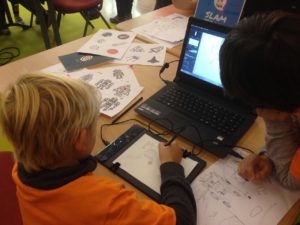 Then, scratch on which kids were given a small introduction by Amélie on the first morning. 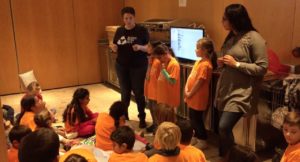 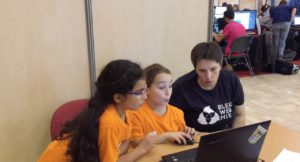 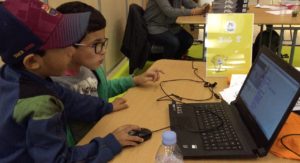 Each team has made its game. So we had a surfing robot that had to avoid asteroids and catch hearts, a vertical classic shooter, or a moon jeep that had to jump over rocks.
And of course, in the end, the jury came: kids had to present their games and explain their choices to these well-informed professionals. They got nice comments and advices in return. 🙂 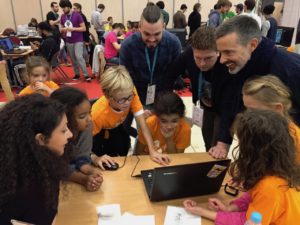 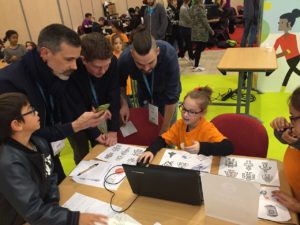 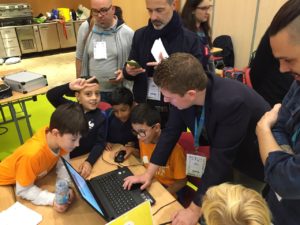 Kids went back home with the games they created during these 2 days, and we hope this experience will inspire them in the future. Let’s meet again in a few years when you become talented people 😉 .